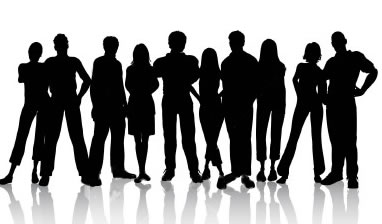 I went to my sponsor’s 5-year medallion tonight.  He celebrated five years of continuous sobriety in a packed church hall.  He was surrounded by countless friends and family as people rose, read parts of the preamble and then swooned us all with wonderful adjectives and stories about the man who first helped me when I got into 12-step recovery.  He asked if I could come tonight, and I did – he rarely asks anything of me, and of course I wouldn’t let him down.

James is a hulking man.  Has a biker build and look.  Bald, with a strong goatee and chains hanging from his open shirt.  He strides more than he does walk and he has what my wife calls “charisma” and can bore a hole in you with the intensity of his eyes.  There could be a tiger on fire fighting a ninja beside him and he wouldn’t avert his gaze for one moment while you tell him about the silliness of your day.

He was a year and half sober himself when he took me on.  I didn’t know him at all back then, but after a few times talking to him, I knew that he had what I wanted.  And he still does.  He has a passion about him that is infectious.  Amongst his talents is his ability to hold a mirror up to himself (and me when needed) and see what is really going on.  He was gentle with me and still is.  He will rarely command me to do anything, but has at times strongly suggested I do something (or not do anything).  His ego has diminished the longer I have known him.

He has done a lot of work in his recovery.  A lot.  He is in several other fellowships and works as hard in those ones as he does regarding alcoholism.  He has a childlike quality in where he asks lots of questions until he is clear about something.  No pride or ego involved.  He works well with women because he puts no pretence on and just bares himself.  His vulnerability is legendary around these parts. He is firm and gregarious and can’t go from one block to the next without being recognized or passed on for a hug or handshake.

He literally and figuratively embraced me early on, and loved me when I couldn’t love myself.  He wrapped his arms around me one day and whispered “we’re here to save each others lives, okay?”  It was more a promise than a statement.  He could always be found in the cafe’s where recovery folks hung out, or on the phone, or walking with someone talking recovery.  He lives and breathes it yet it doesn’t define him.

James has taught me, and continues to teach me, how to be a loving, strong and yet humble man in the fellowship, and to bring that into the other parts of my life.  His was the first real relationship I had with another male (other than my dad, etc.) where I didn’t feel threatened.  He shows me that being authentic is the real way to be.  Anything else is just preening.  I still am learning that one.

He has opened himself up to me in ways that only another alcoholic man can open up to someone else.  Or someone who has been wounded by life in some way.  His honesty is searing and his sincerity blinding.  He continues to surprise me in many ways with his search for clarity.  And clarity is what he seeks with abundance.  Everything he does is to bring more clarity into his life.  Working steps, helping others, asking questions, letting go.  As he said tonight in his speech, we tend to let things out, but then want to taken them back in to churn within.  Our job is to share things with God, with another, and then let them go.  Let God come in and do the healing.  And to keep near Him.

Someone spoke about how she used to breastfeed in the church bathroom because she had no choice – she was homeless with a 7-week old and that was the only place she could do it.  She was just getting sober at that time. But James was the only one who would help with the baby.  I didn’t know that.  Tonight she was breastfeeding her new 3-week old.  Now with a partner and roof over her head and job. I have seen James take people from meetings to the doctors because he saw that they weren’t well – perhaps not on their meds, etc. I have heard so many stories now about him that just make me wonder how I got so lucky to have this man cross my path and actually take me on.

He also said that being with other alcoholics was like standing amongst the bravest and the most beautiful of people.  I saw people that I knew had years of sobriety getting 30 and 60 day chips tonight.  I knew that they were brave to do so. They did it with smiles of gratitude.  Shame can keep us back out, but these people really were brave and beautiful.  It was mind-blowing to watch this all unfold, although I had seen this kind of thing happen many times before.  For some reason, it was like I was seeing things with new eyes.

The meeting ended and people cleaned up.  Everyone was swarming James to hug and congratulate him.  His family beamed by his side.  I stood alone as people bunched up in 2’s, 3’s and 4’s to talk.  I didn’t know anyone, except an old sponsee of mine who seemed to want to avoid me. I checked my phone.  I put a few chairs away.  I waited until the lights went off so that they could light the cake and sing him Happy Birthday.  When the lights went back on, I left.  I figure he’ll be free in a few days.

I left with further gratitude for this man who’s last name I don’t even know, but who has saved my life in many ways.  Who has saved many, many other men and women’s lives.  Who has touched so many countless folks in their time of need and time of joys.  This is a man who has found his way and continues to find it.  Who puts recovery in front of everything and yet doesn’t let it stop him from living.  In fact, it heightens and deepens his living.  He doesn’t walk around in a cloud of confusion, or at least not for long, and knows exactly what he needs to do when he needs to do it.  I saw tonight just how much he has impacted on others.  It was spellbinding and humbling.

One day, I would like to be James.  And like those other shining stars who I see doing the same for others.  John, Donald, Jan, Lou.  Reflecting God’s light.  The bravest and the most beautiful. But for now, I will be content to sit at their feet and shut up and listen and take my cues from them.  Anything else would be frivolous.