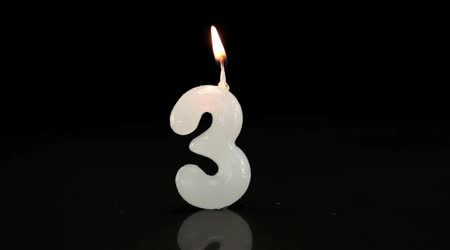 Usually when I come here to post, I have a pretty good idea of where I am going with the piece.  I have some elements, a focus, a plan of sorts.  Then I just give ‘er on the keyboard. Let the mind and spirit take me where I need to go.  Unearth some stuff as I go along. Perhaps make a friend or two before I move on to the next town (oh wait, I am thinking about The Littlest Hobo).  So you’d think that with what I wanted to share today, I would be exploding with stuff to say, that I’d be riffing left, right and center.

But I’ve been sort of “Meh”-ish these last few days regarding this post.

You’d think that celebrating three years of continuous sobriety (May 4th) would be something to broadcast effortlessly, coming from this middle-aged has-been drunk.  Three years. Whoda thunk there would be a Hail Mary pass spiraling over heavy air and into the hands of happiness and freedom?  Not this guy.  Back then, I would have thought that three hours was a pretty long stretch without alcohol pressing up against my lips, let alone three years.  I couldn’t fathom three years.  It wasn’t allowed on my radar.  My scope of sobriety went no further than the span of my open hand seeking for escape and temporary blindness to the world and my self.   Seeking a bottle.

You’d think that passing through so many stages of this early recovery would provoke some sort of reaction.  You’d think that running in my first race ever, a half marathon, on the very same day would be some sort of gargantuan epiphany of sorts.  You’d probably think I would explore some lovely and endearing metaphors about recovery and running – the long haul, the gains, the pains, the growth experience, etc.  But alas, no.  Finer runners and writers have done that (see Christy, Josie, Kristen, etc.) so I won’t tread on well-laid out paths (excuse the pun).  And hey, even the aforementioned Christy just wrote a beautiful and touching post about her own 3rd birthday (Happy 3rd! Go NOW and wish her well, will ya?)  So yeah, I think it’s all been covered.

But then again, we write from our own experiences, don’t we?  Isn’t that the whole point of this outwards expression of the inner landscape?  Our experiences of sobriety are very common with others, and yet uniquely ours.  Our collective oeuvre that make up our lives are singular to us, and that is always worth the price of admission when we click onto the blogs that we enjoy following.  Or else there are no stories left to tell.  It’s all been covered.  From ancient scrolls to sacred texts to Medieval and early century works…all the way up to the latest blockbuster books and films…it’s all been done before.  But we always come back because at some level, we yearn to connect.  And that’s why I write, that is why I read. To connect with you and have you connect with me.

Perhaps it has to do with where I am at, now entering my fourth year of sobriety. Perhaps that “meh”-ness I spoke of isn’t apathy or a blase blanket tussled over sleepy eyes and spirit. Perhaps it’s just about being comfortable in a way that I have never been comfortable before.  Passing year three is…nice.  See?  No fireworks there – it’s just…pleasant.  Like anything that isn’t forced or put upon.  Like anything that has settled in with the ease of a needle passing through delicate fabric.  Perhaps this whole thing is just about accepting where I am right now and fighting less and less – figuring out how to just be, figuring out when to sit with feelings, figuring out when to assert myself and create those all important boundaries with myself and others.  About staying as true to myself as I learn precisely who this stranger “myself”  really is.

And part of that process of finding out who I am is by exploring and trying things.  Feeling things out.  Not fear making mistakes or looking foolish.  Heeding the nudges of the Creator…even when I doubt it and want to run the show on my own.  Sticking my neck out. And that is what I did when I took up running.  It was an initial lark – a pebble in my shoe that I couldn’t seem to shake.  And then I found out it wasn’t that bad.  I started to get into it, pushed at it, poked it with a stick to see what would happen.  And I improved. Slowly…very slowly.  Eventually I took the leap and decided a half marathon would be fun to try.  And frightening.  And hey, it wasn’t until later that I realized the race was the same day as my sober date.

Nothing subtle about that.

So race day came, and I wasn’t too nervous.  I had read a lot about races, and tapped a few brains for their experience.  Start slow and move up to your own pace.  Don’t burn out too early.  Don’t do anything different on race day than you’ve done in training.  And so it went.  Six thousand raced and I was in the middle.  We were off, and hey, what can I say, I was buzzing from being around the folks there.  I could feel a connection to everyone there, as I slipped into some sort of trance, and could feel the city about me breathing in a way I never experienced before.  And no sooner had I made the first turn a few minutes later, the tears started to fall.  I didn’t know where they were coming from.  I once read an article about why pro athletes break down and cry when they win something, and they mentioned it’s because the athletes are overwhelmed.  There are too many things going on at once, so the body does what it does when that happens – it cries.

And that is how I felt – overwhelmed.  It took me a few seconds to suck it up and be a man about it.  You know, flex some biceps, perhaps do some Gladiator screams and mid-race push-ups.  But no, I got leaky and lucid, because what I realized is that what I was feeling was gratitude.  An all-encompassing feeling of just being thankful for where I was in my life, my sobriety, my new experiences and friends (and that includes all of you, lovely readers).  It’s like it was all focused on that day – a snapshot of what three years looked and tasted like (later I would taste vanilla from one of those carb-laden gel packs that I had never had before – see note about about not doing anything on race day that you haven’t done on training days…busted!)

The race was fine – I chased that buzz of emotions and effortlessly as I chased the 2:15 bunny ahead of me.  I forged deeper into my reserves – mentally and physically.  I raced with Batman at one point (I would have overheated wearing that costume) and just did my thing.  As I got closer to the finish line, I tired.  My walkman battery died too.  I did what I normally do when my body and spirits flag – I prayed.  Not the foxhole / drunk prayer of “God please get me out of this one”.  But of how I can help others.  What can I do to help an alcoholic that day?  Thank you, Creator, for giving me this healthy(ish) body to do this.  Thank you for my sobriety.  Thank you for all that I have.

And it was done.  2:13 later, I crossed the line, spent…but on a buzz.  The kind of buzz that beer, wine or vodka could never, ever give me.  The buzz of a sense of accomplishment, of hard work, of connection to others.  Of love and fellowship amongst these other runners.  Of being comfortable in my own skin.  Something booze never could fulfill.

As I later reconnected with my family (they missed me by 5 minutes – I was already in the gate when they got to the finish line with signs and such – quelle bummer), we started to walk back to the car.  We were going to have a little get together back at the house- some cake, lasagna.  We were going to celebrate my sobriety, my run, my brother-in-law and wife’s wedding anniversary…just a reason to hang out and pig out.  And as we got closer to the car, I thought of that prayer I said.  How can I help others?  What can I do for an alcoholic today?  We buckled up and my brother-in-law turned the car on.  He has one of those fancy radios that shows the name of the song and artist on a screen.  As the engine turned over and the music blasted, I looked at the radio screen – “Message In A Bottle – The Police”.

That’s the kind of thing that happens when we open ourselves up to the synchronicity of our lives to the Universe.

So now what?  I do what I need to do.  The things we all can do.  Live boldly.  Love freely.  Forgive with reckless abandon.  Release what doesn’t serve you.  Let go.  Surrender.  Cry.  Laugh.  Eat well.  Get lots of rest.  Find something that speaks to you.  Call your loved ones more often.  And live for another day.  Because no matter what happens today, we get the cosmic do-over tomorrow.

Blessings and thanks for being here. 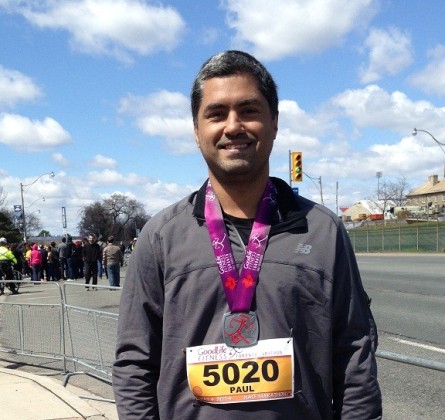