There are three things I never do when I run – plan the route, carry a phone or stop moving unless I absolutely have to.  This past run, I broke all three of these rules.  I can’t say why, but there was something within that nudged me to plan a route.  It was a path I had never heard of, let alone run.  The Beltline Trail, as it’s called, follows a defunct railway and cuts through the city in a way that surprised even me, someone born and raised here and who thinks he’s seen it all.

Once I passed the usual first 10 minutes of self-defeatist chatter and mental graffiti, I found myself heading through dense forest and uphill terrain.  I was alone much of the time, isolated, but still felt the city hugging me as I trotted through narrow passways and hidden courses.  I hit an uphill stretch and ended up at the front gates of a park.

Or I thought it was a park.

I eased into Mount Pleasant Cemetery – the city’s largest and storied resting ground.  Glenn Gould is buried here, as is Northrop Frye, amongst other luminaries in life.  I took in the muted beauty of the surroundings, balancing it with the graceful sadness that only a cemetery can muster up. As I turned the second bend – that is when I saw them.

The pinwheels were scattered, sprouting from the ground, steadied by purpose, standing on guard. Their colours spun swiftly from the cool spring breeze, like a rainbows caught on a wheels of spinning jenny’s. The cacophony of hues and sunny shades were not out of place.  Surrounding the pinwheels were other bright and vibrant objects.  Toy trucks.  Stuffed animals.  Princess dolls.  Flowers of every texture and size and contour.  Cars.  Figurines. Musical Instruments.

The markers were laid out in a circle, with a simple piece of art centered within.  Like arms holding something out of sight.  The markers were laid out like a clock, keeping some cosmic time of sorts.  The wind shot through the many pinwheels, running them ragged, as if they were harnessing the very energy of the young spirits and focusing it all into the ground.  Recharging the soil and the souls.

I stopped to take this all in, disregarding my own stopwatch.  I took a picture with my phone to keep the memory fresh (I won’t reproduce those photos here).  I couldn’t stop staring at my phone days later, even though the image never left my mind. 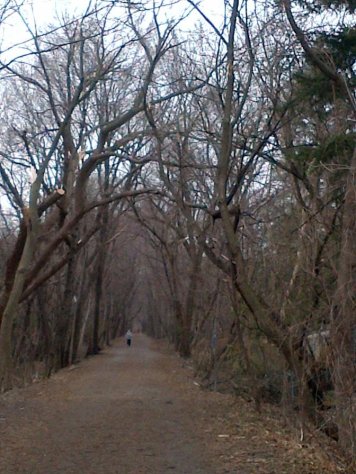 I stepped away and continued my run.  I felt the Creator’s presence in me and around me as I moved my legs and focused on my breathing.  I felt an extra jolt in me as I moved through the sweeping arcs and curves of the path through the cemetery.  I noticed a bank of tombstones on my right.  For some reason I started looking at the dates.  All five or six I saw had the year of their deaths declared at 1937.  The same year that 12 step recovery was born in Akron, Ohio.  The program that saved my own life.

I continued to run, and soon my eye found a tombstone.  One tombstone in particular – amongst the 168,000 that Mount Pleasant holds – found my attention.  The words “A smile as wide as his stride” were carved into the tomb.  I stopped my run once again and moved closer. On the marker was a picture of a runner.  Draped over the marble were six or seven medals from various races and marathons.  I recognized one from one of the races that I am running in next week.  They were as carefully adorned on the cold stone as they would have been around his neck, on his warm skin. Beside the medals were a pair of young boy’s running shoes.  They were arranged with pine cones sticking out of them.

I took another look at the same marker.  The man’s last day on this earth was May 2, 2011.  I got sober May 4, 2011.  I wondered if part of his spirit’s spark rubbed against my own spirit as his ascended to his final resting spot and as I lay in a drunken slumber somewhere.

I thanked him for his inspiration and hustled along.  The rest of the route was long stretches of thin leaf- and twig-strewn ground, with bare trees reaching out towards the grey sky.  Remarkable in its pragmatic, forlorn way.  I wiped away tears at points, acknowledging just how grateful I was for being able to be where I was.  In love with the city and with the gentleness of nature and man. In the golden arms of something that cared enough about me to allow me to see this for myself.

I eventually got to the halfway point and got lost.  The trail had ended – my map had been incorrect.  I traipsed my way through assorted parks and main streets, unsure of my next turn but just allowing the wind to push me, like it pushed those pinwheels.  I allowed a great external, and internal, force push me and guide me where I needed to go.

I couldn’t stop thinking of where I had travelled.  I saw it all in a go.  The children’s table of the cemetery, so to speak – a riot of colours and action and vivacity.  A reminder of the day my mother – after collecting me from the police station, fresh from my DUI in which my child was a passenger – told me that she could have been burying a son and a grandson that day.  A pinwheel for my son there could have been.

Passing by the reminders of my recovery – a grim tale of those who have passed, and will continue to pass from the horrible addictions that have plagued mankind.  And the runner – a new direction, a new pace, a new smiling stride.

All in collusion with this collision of emotional imprints and landmarks of my own personal journey.

I checked my phone and saw my wife texted to remind me that we had to pick the kids up from school.  I wouldn’t make it on time if I ran home.  So I stopped for the final time and bought something to drink.  I dug a transit token from my pocket and jumped onto the subway. As the train rocked and swayed, the new Belt Line in many ways, I cast my thoughts back to my path that day.

I thought of the pinwheels – gently flaunting their causes, calling attention to their markers, their unseen keepers in this dimension.  Begging to tell their stories.  I felt their spirit and the spirit of the Universe surround me, calling to me, enrobing me.  I saw the time line of my own life reflected in the cut stone and bold spirits of those laid out before me.  I caught the wind catching my own wheel, pushing me and guiding me.  As it has always been.

The pinwheels will continue to spin.

As long as there is breath…they will spin. 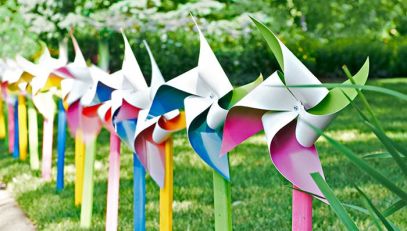