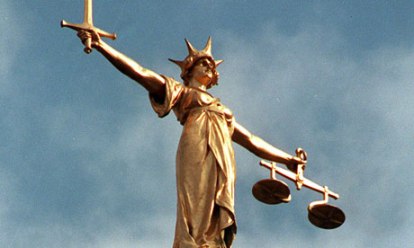 Guilty.  On both counts.

I played this scenario in my head countless times, so this was no surprise.  This was a Hail Mary pass attempt, even though the odds were apparently 60 / 40 or something like that.  An uphill battle, jumping through hoops, dipsy doodling through the law books, drawing from the cauldron of case studies.  All for nought.

See, I expected to pay the lawyer, pay my fine, give up my driver’s license and walk out of there, medicine taken and swallowed.  But then the word “jail” started to get bandied about.  Jail.  For serious?  My already fragile state was dealt a crushing blow.  It felt like I got cut down at the knees.  Jail?  Me?  Yes, you, dummy.  The Crown is seeking jail time because of certain circumstances.  I was told by counsel that just because the Crown asks for it, doesn’t mean that I will get it.  My lawyer is looking to get it discharged on the merits that this is a first offence for me, and because of my treatment history and standing in the recovery community.   In other provinces, this would be an almost automatic thing.  In this province, it’s not done.  Lucky me. In the meantime, I have to report to a PO for an interview of some kind for a pre-sentencing report.  I get sentenced on December 12th.

I will admit that this has been crushing, this unexpected turn of events.  Do you know what they do to guys like me in jail?  I don’t, but I don’t want to find out.  I can’t tell you how many scenarios have bum rushed my brain, flooding it with horrific and negative thoughts.  Depressing thoughts.  Would I lose my job?  How would my family survive?  Would we become destitute?  Would I be that jailbird?  How would I explain this to the boys? Would I drink again?  You know, as I left the courtroom and on my way back down to the food court, in my mind was a muzzle flash – this sucks, get a bottle.  Before I could even respond to that one, I had a greater flash – get a doughnut.  That was better.  A doughnut I can handle.  Not the booze.  But I got a coffee instead and continued to mull things over, envisioning the tasks and jobs of being the new jail bitch.  Kamikaze also entered my mind, but I don’t fly – curse that afraid of heights thing.

So guilty is the verdict, and that’s also how I am feeling.  Guilt of having my wife bearing the brunt of certain things now, guilt of squandering thousands and thousands of dollars we don’t have into trying to settle this, guilt of putting my family through this.  And I know guilt is a wasted feeling.  I know that in my head.  Sometimes it’s hard to process that in the heart. Like now.  While I’m at it, part of me wants to throw self-pity into the pot and really make it a real consuming, chunky stew. Real gristle to chew on and gnaw on as I go through the day.  I feel heavier today.  I don’t like this feeling – it’s new and yet old for me.  This is how I used to feel all the time.  Like a McDonald’s drive through window, I was available for misery 24 hours a day.  Just pay the piper and down that grime and grease.  Repeat until sick and sicker.

I haven’t sat down with this and really processed it, to be honest.  I haven’t written anything, haven’t done inventory on it, haven’t fully talked to anyone about this other than my immediate family.  I have questioned the Creator why this is all coming down like this, and haven’t heard back.  The mind has been too maxed out to pay heed at the moment.  A hornet’s nest of activity and neuron exchanges that won’t allow Him in.  Like the bad ol’ days.  That will change, I know.  I will sit with this soon and start to unravel the emotional and spiritual sailor’s knots that sit within me.  I hope to reach out to others, gain from their wisdom and experience, and more importantly, draw strength from the Creator.  This all sounds lovely and spiritual and all, and I hope that I can come back here and read this when I am less than spiritual. Like today.

You see, spirituality, the state of it, doesn’t prevent life from happening, but it helps me to respond to it in a different way.  It buffers me from myself and my instinctual and somewhat hard-wired nature.  Anger, shame, ego, blame.   Life may suck, and it does at times, but my job is to not let it disturb me.  To not get attached to suffering.  Realize that suffering is of my own making – it’s all upstairs.  It’s an inside job.  If I am locked up, I still want to feel free inside.  My aim has been, and will remain, to be untethered to the slings and arrows of what surrounds me and comes at me.  Like mist through a mountain, I need other people’s words and actions to pass through and move on.  Same thing with my thoughts – have a drink, have a doughnut.  Just thoughts, and not reality.  Move on, lad, nothing to see here.

So now what?  I have a meeting with my lawyer next week.  I have some work to do.  Rally the troops.  Get some letters of support.  Think about what I am going to say in court before they sentence me.  Build a battle plan with the counsel.  Ten weeks is a long time to fret and drown in ill emotions.  One day is too long, frankly, and I have burned up the past 24 hours already exhausting the roads of doom and gloom in my mind.  Although I jump and wallow in the “what if”s of the situation, I know deep down it’s pointless.  I know the right thing to do is to shift perspective, work with others and get out of self.  I know I will get there.  I had a sponsee bail on me the other day, but I found and spoke to a newcomer for a while, and we plan to meet soon.  I have a meeting with the treatment center next week for my new editing gig.  I still have two boys who need taking care of and rough housing.  I have people to talk to about recovery.  I have a wife who still needs a husband and parents who need a son and nieces who need an uncle.  In the Here…not over there in imagined pain.

I don’t know what is coming around the corner.  I am not privy to that plan of His, but I do know something – that I am surrounded by those who believe in me.  It’s still hard, after these few years on this spiritual sober path, to believe that people like and love me, but I’ll take it.  It’s getting easier to digest that idea as I move through this new world order of mine, and I am also seeing it.  I know that the Creator has put people and things in my path for a reason, if I don’t like it or understand.  Even if I land in jail, I know it’s for a reason.  Obviously I broke the law and taking responsibility is there.  I understand that, and have not once blamed anyone or anything for my predicament.  Alcoholism was the driving force behind many of my poor actions, but I take responsibility for them nonetheless.  But I still know that I have people with me along this particular time.

Yesterday, I was waiting for the bus to take me to the subway station so I can get to court.   It was raining, so I couldn’t ride my bike.  The bus was taking a while, and I was texting some people telling them about what was going on.  I texted my sponsor and a few people I know in the program.  I was about to text my wife, when she suddenly appeared at the bus stop. She was on her way to yoga and happened to see me there.  So she drove me to the subway.  As soon as I stepped into the subway station doors, I saw a man riding up the escalator towards me.  It was my sponsor.  He was on his way to a local mall to pick up a phone his girlfriend lost there – he lives on the other side of town and rarely hits my ‘hood.  I hadn’t seen him in a few weeks, so we spoke.  These two  “is it odd or is it God” moments really did illuminate to me that I am not alone.  I have people carrying me through, that there is someone with me at some point in my journey, and they are still here with me now – no judgement, all love.  I wish I could be so lucky to give that back to others.  The Creator showed me this in these simple “coincidences” and I cannot deny that there is a guiding force in my life.

And for that, I am grateful. 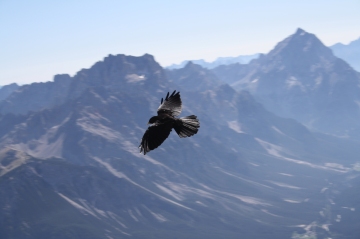 Leave a Reply to Kary May Cancel reply