I am not a good friend.

Ok, now let me rephrase that in a more positive light, in a new context, a way that doesn’t make me sounds whiny and self-pitying, which is not the point of this writing.  Here goes again.

I haven’t learned to be a good friend.

Is that better?  Does it resonate in a manner that is spiritually more grounded and closer to the intention of my spirit? I am not sure, to be honest.  But I think it speaks closer to my truth, rather than Truth As We Know It.  The Iron Clad type truth that is set in marble and recited as gospel at the light of the 10th Tempest Moon at late harvest.  You know, that kind of truth.  But it’s where this alkie sits at things when it comes to something that seems to pop up often enough in my mental caravans and analytic dalliances.

If memory serves me well, I may have written about this sort of topic in the past.  And that’s fine, as I will no doubt repeat myself when it comes to things that have affected my life, or is something ongoing.  And this certainly is ongoing, one of those white dandelion tufts that flies in the air and gets caught up in the winds and never really settles for a while.  This is one of those core issues that seems to arise again and again – annuals of the soul, weeds of the spirit, if you will.  Each time I start to pin it down, I see something different, although it never really dissipates.  Core issues are the things that still linger within me, that carry a residue long after I think I have it nailed down. Core issues are the sort of beasts that refuse to lie down, without a lot of work and examination. So bear with me.

I see solid, strong friendships around me.  For example, my brother-in-law – he’s a wonderful dude if there was a wonderful dude.  He has a best friend, who he has had since high school.  He too is a groovy cat.  They have seen each other through thick and thin.  They share much with one another, are present in each other’s lives and are rock solid in their commitment to one another.  They aren’t inseparable, unlike a bunch of giggly school girl BFF’s would be, but then again, they’re grown men.  And yet they share a spirit.  They seem to complete each other and allows the other one to step up, standing on the shoulders of one another, moving through life’s turmoil and joy.

And while I see this and bear witness to this relationship, I don’t get it.  I mean, I get it, but I don’t truly get it.  It’s nice for them, I think to myself.  A real measure of one’s growth can be reflected onto the mirror of a true friend.  Or at least that is the kind of thing they say when I look up friendship quotes on line.  Aristotle said that “Wishing to be friends is quick work, but friendship is a slow ripening fruit”.  Some other dead folks said some lovely things about friendship too.  There is the idea that a friend walks with you in the darkness, who still stay beside you despite faults, and are there when others have abandoned ship. Almost looks good enough to investigate, but not sure if I want to commit to that investigation, even.

Growing up, I never really had true friendships.  Sure I had the occasional local kid who didn’t mind killing time with me as we looked for grasshoppers and spiders to put in an Ultimate Fighting Pit that I put together with Lego.  I had some acquaintances in grade school and I ran with some other disenfranchised brothers-in-arms while in high school, but never had that one or two guys who I bonded with in blood, or at least fake blood.  I certainly don’t keep with any fellas today that I can call true and deep friends who came ship bound from my past.  I never carried a connection to my past, other than ancient resentments that helped keep me in the depths of my alcoholism.  It just didn’t seem like it was in the cards for me. What I had surrounded myself for so many years weren’t friends, but drinking buddies.

Now, I do have some friends today.  Well, let me qualify that.  I have friends who started out as my wife’s friends.  I think we all have those group of men and women, who came along with our partners.  Fellow travellers, all in coach.  I have some very caring and kind-hearted people in my corner who saw both my wife and I through the rough spots of my bottoms (yes, plural) and are still here today.  Some visited me in treatment, some took care of me by taking care of my family while away.  These souls are still with us today, and I am grateful.  But outside of that, there isn’t really much on the menu.

Now please let me make one thing clear, and this is very clear on my end after much inventory and discussion and deconstructive navel gazing – this whole thing is of my making.  I am not a victim here.  I am not wallowing in poor spirits over this.  I am not pouring spirits over this.  I am staking a claim in something that I own, and that bears down on the haunches of my life and my choices.  To have a friend, I need to be a friend.  Simple as that.  And going back to my original premise at the top there, I haven’t learned, nor have I had the strong inclination to be a friend.  That’s where the buzz is.  That’s where I see my part.  That’s where the rubber hits the road for this wretched chimney sweep.

I had a old mate / work acquaintance of mine email me a week ago.  He wanted to get together for coffee, something that he and I have volleyballed around for months.  I ignored it.  He emailed me yesterday saying “You can’t ignore me forever.  I’m a cool guy”, half in jest.  Sort of sums up where I stand on things, I suppose.  I often “overlook” emails time after time and then wonder why I don’t get emails any more.  I sometimes dismiss phone calls or any sort of attention where my presence is requested, front and centre.  I tend to squirm out of coffee dates and I definitely avoid meal dates at all times (gahhh!).  I like the soft and easy approach to friendship – don’t have any.  And while that sounds rather brusque, I have to be fully honest and say that I just don’t know any other way than that of the Lone Wolf.  It’s a predisposition of the mind.  A strong echo of my old ways.  A leftover from my self-contained manner of living.  Self-reliance run down to another level, yes?

This all boils down to one of my real truths, my real issues, and that is I want to be seen, and yet don’t want to be seen.  I like the idea of being surrounded by those who like being around me and see me for who I am, and not who I think I should be to them.  I enjoy the visual of holding court with strong men (and women) who know me inside and out, who are there regardless of my character defects and unflattering flabby bits.  What I don’t see is my effort being put into it.  As my wife has said to me over and over again, being a friend takes work.  Ugh.  I have to work at this?  Don’t they all just come running up to you, tugging at your elbow, begging to be included in those reindeer games of yours?  No?  Oh.  Am I ready to be there when one of my friends flame out in some part of their life?  Am I ready to take calls at 4 am and just listen?  I am prepared to drop what I am doing to be at a friend’s side, tout suite?  Am I willing to put my ego-centric ways aside and just be there for them?  I don’t know.  Call me selfish (you’re selfish, Pauly), but I am not there right now, because I don’t know what it’s like.  I never went to camp for that.  I didn’t read the instruction booklet. I never got the the pamphlet on how this thing shakes down.

Did you catch what just happened?  I just lied.  In the last few lines above.  I am blaming something else for my situation.  Poor childhood, etc. Did you see that?  I should have left it at being selfish. Done.  So, I post about something that I tell myself is not a big deal (oops, another lie), and then I come here and am dishonest.  Justification and rationalization are ugly things, but very powerful and real things, to alcoholics.  But catching it – aha! That’s the real gravy, and that’s where I mine the material for the work I need to do.  That’s the difference between then and now.  Here and now, I get to catch things.  I don’t get them all, but I snare some shortcomings, and I wrangle them to pen and paper, to someone’s ear, to the Creator, and I get about some clarity that will get me into further action.  That’s the beauty of what we get to do.

So here’s the real deal, the real crux of it all, my entire post put into a few words: I feel isolated because I don’t have friends.  But I am selfish, fearful and closed-minded about opening myself to others.  I want, but don’t want, others in my life. Then I wonder why I feel isolated and don’t have friends.  Did I leave anything out?  Oh the wonders of being clear on things, how fantastic is that?  I love it.  I build my sandbox, create the borders up high so no one can come in, put in the toys, muck around in it, then wonder about the sand in my shoe and try to read it like tea leaves when all I had to do was step out of the sandbox and play on the swings with the other kids.

In the final analysis, I do find it difficult to open up to others.  I take a very, very long time to trust and feel some sort of connection to someone else.  I can make fast, throwaway friends hinging on the flimsiest of foundations, lickety split…that’s not an issue.  What I am talking about is the soul lifting, spirit changing, full on bred in the bone type deals here.  The concrete you can build condos on, or launch rockets off of.  Those folks or opportunities don’t come often to me, and perhaps I have those in my life already and just don’t see it.  Or not.  But in the grander scheme,  what it comes down to is being where I need to be, getting clarity where I’m at and then deciding what actions to take…and believe me, I do have choice in my decisions.  I am no longer the victim, not longer the patsy, the stool pigeon, the dump site.  As one of my favourite sayings goes, “If it’s on your plate, you’ve ordered it”.  Not sure if there is any slow ripening fruit on that plate. So, I can introduce myself to someone or not.  I can offer my phone number or not.  I can muster my courage and say yes to a cup of coffee at the local cafe, or turn it down to catch the bus home.

I can. I can. I can. But as for now…I’ll catch a raincheck on that one. I have a book I would rather like to read. 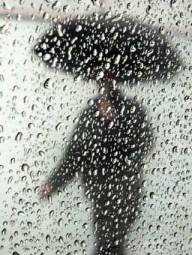