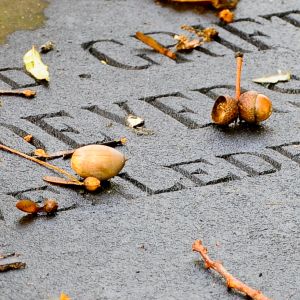 The word conjures up many images, many thoughts, many emotions.

For alcoholics and addicts, it’s something that is on the radar.  It’s a menu item to choose from.  Whereas most people see it as an ultimate, desperate act, for many active alcoholics,  it don’t seem quite so.  I know it was something I certainly entertained, in active times, and even in early recovery.

You see, it goes like this:  we’re selfish and self centered people.  The big book talks about this, being the root of our troubles.  For this alcoholic, it manifested in many ways.  I tried to control things and people.   If anyone got in the way of what I wanted, I had fits.  I was passive aggressive.  I did what I wanted, when I wanted, for as long as I wanted, damn the consequences and other people’s feelings.  All of these things are rooted in selfishness.  And when I started to unravel the threads of my fractured life and emotions, I found that underneath the selfishness and subsequent anger was one thing: fear.  Fear drove everything I did.  Still does at times, but I see it for what it is now.

So fear was the foundation of my life.  And certainly one of those fears was fear of not being good enough.  I felt a failure at life, and felt that crushing feeling that goes with not measuring up.  Measuring up to what or whom?  Changed all the time.  The feeling of  “less than” was my calling card, the on-ramp to my self-pitying and isolation.  One of the hallmarks of an alcoholic is the feeling of not being useful.  I wasn’t useful to myself, and I certainly wasn’t useful to others – I was too wrapped up in my own garbage to look at anyone else, let alone be of service to them.  And this realization kept me at bay from others.  Who would want to get to know me if they knew what a cretin I was?

So this feeling of uselessness and crippling feeling of not measuring up and all the other fears led me to believe that my self-worth and self-value were pennies to the dollar.   Your dollar.  Normal people’s dollar.  So, suicide to many of us is not the drastic thing others see it as.  It’s merely an extension of that state of uselessness.  The mind and spirit are already dead.  The body is just a shell to transport those things.  Two down, one to go.  Not much left.  Doesn’t take much – one last push of “courage”.

It has been with sadness I hear more and more about active (and even sober) alcoholics taking that route.  I understand that emptiness.  I had it early on in my own recovery when  jammed between feeling that I could’t live with drinking and feeling that I couldn’t live without drinking.  It’s an agonizing spot to be in.  It was in finding and connecting to God that I had the obsession removed.  And with that, the dilemma I was in no long er existed, and ultimately, the thought of fatally harming myself was off the menu.

Like drinking, suicide is no longer an option.  Living a life designed by God is.  Aligning my will to His, doing what I am needed to do, going where I am needed to go and helping who I am needed to help is where my life is now directed.  I am not gazing inward with the lens of despair, but of hope and regeneration.  My alcoholism want me dead.  My God wants me here, helping others, being a child of the Creator.  Suicide has no room in that.  Fear need not apply.

Freedom.  And peace, at last.